A 28-year- old man, who allegedly killed his Facebook friend and dumped the corpse in a bush in Nanka, Orumba North Local Government Area of Anambra State, said he took his life because the deceased insisted on having sex with him.

The suspect, Angus Chukwebuka Nwankwo and his brother Chidiebere Omeyi, were among the over 100 suspects paraded weekend before newsmen at the Police headquarters in Amawbia, Awka South South Local Government Area of the state.

Nwankwo said he met with the deceased on Facebook where they agreed to meet in Nanka for homosexual acts. 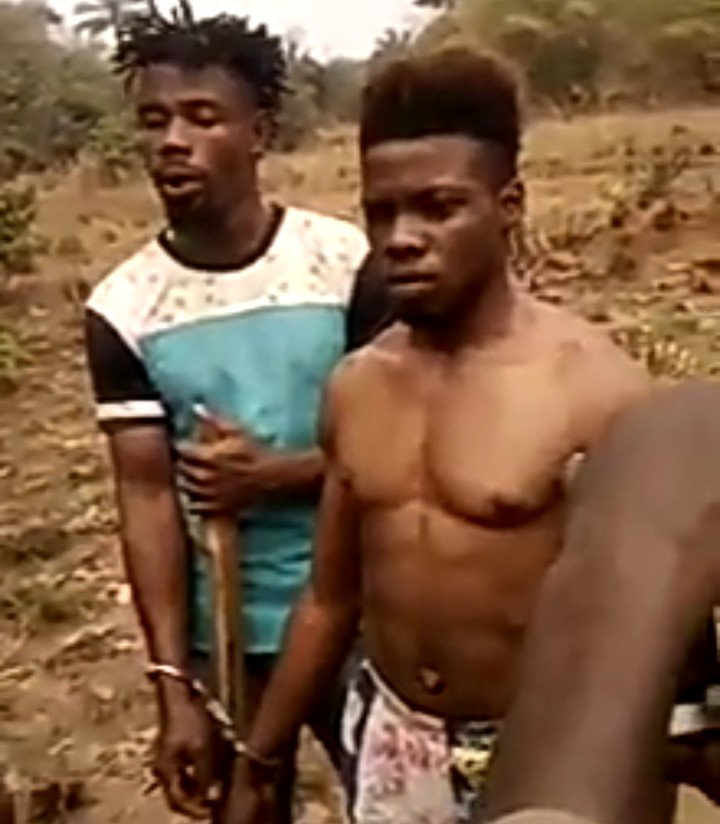 He said the deceased had promised to offer him N20,000 if he succeeded in having sex with him.

He said: “We met on Facebook​ and he asked if I can engage in homosexual acts with him and I said no, but after much pressure I succumbed.

“He promised to give me N20,000 if I agree to have sex with him. As soon as he came in, I asked for the money and he said he would give me the money after satisfying the sexual urge which brought him all the way from Imo State.

“I insisted he must pay me​ the money he promised. That was how the fight started. He was the first to hit me with a stick and I fell down.

“My younger brother who was with me held him down while I stood up and picked the stick and hit him and he died.”

The suspect however denied dumping him in the bush, but said he and his brother reported themselves to a vigilante group, which took them to the Special Anti Robbery Squad (SARS) in Nanka as there was no police station in the area.

On his part, the suspect’s younger brother, Chidiebere told newsmen that his brother was not a homosexaul but into comedy and music as well as learning plumbing work in Lagos.

He said he returned from Lagos to the village to attend a burial​ function.

“My senior brother told me​ there is one homosexual coming to our place who promised to give him N20,000​ after the sexual act. He said as soon as the man comes, he will just collect his money from him and discharge him.